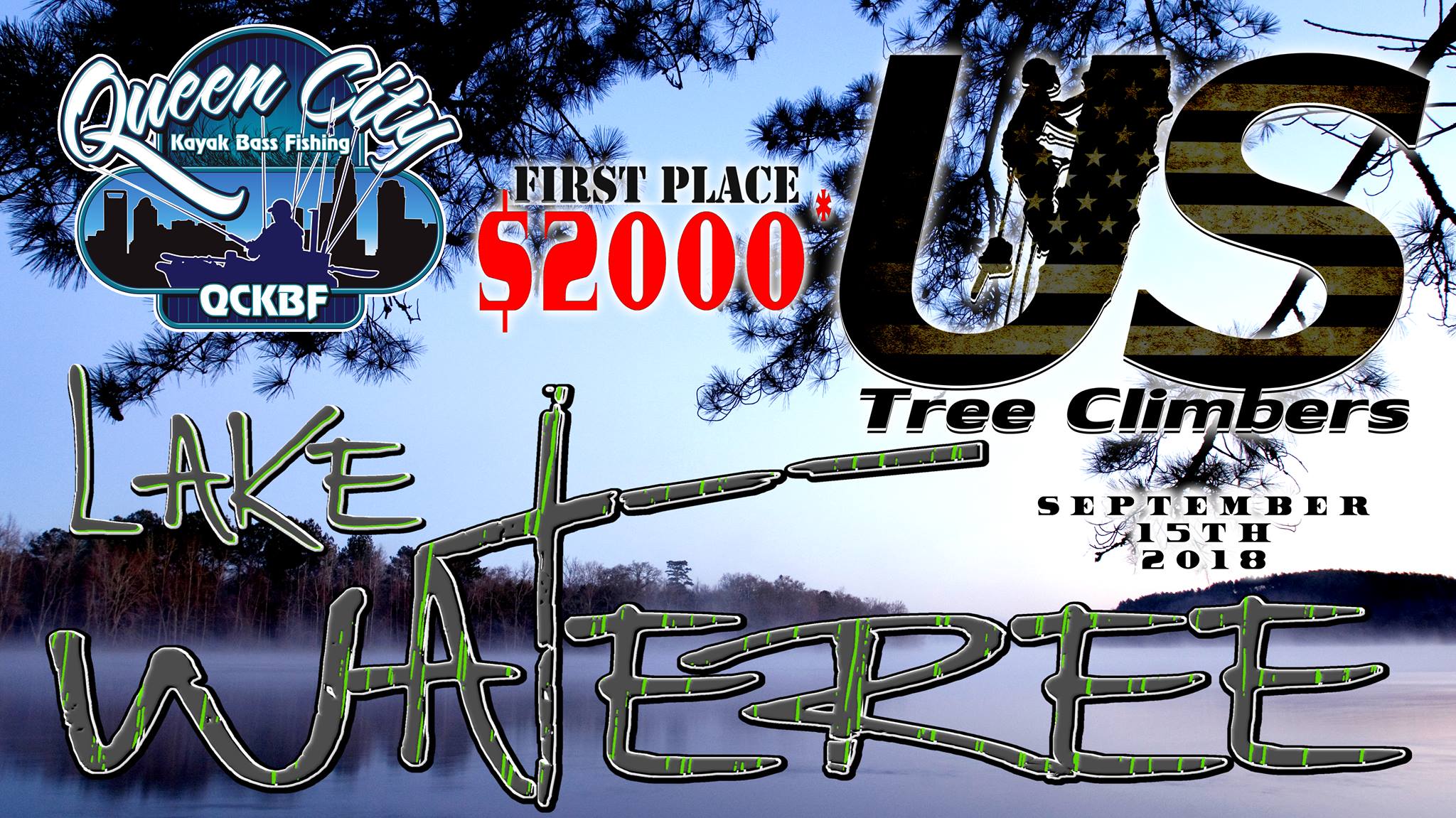 Well well well…. The #jacksonstrong event, combined with the U.S. Tree Climbers event set Queen City Kayak Bass Fishing history today! We were able to raise over $13,000 towards helping Jackson get the help he needs. Read that again, $13,000. I am proud of this group, and want to thank everyone who help and donated.

The fishing part of it was not so much fun lol. Lake Wateree had been tough for the past month or so. Not giving up fish in practice, anglers were worried about game day. We had 50 anglers sign up this morning, in the middle of nowhere in Lugoff Sc. 49 of the 50 entered the #jacksonstrong side pot which allowed us to pay the top 3 on the side event, and donate $2450 just from entries. We launched at 6:30am, along side at least 3 boat tournaments, and another kayak event. I dont think anyone was surprised to find silver stripe fish very active, and the old green heads lazy as can be. At the end of the day, only 10 anglers had limits. WOW! Lots of skunks and 1 fish submissions.
When the smoke cleared, PC Hawj came to the table with close to the magic number of 70inches, 69.5, and took home a nice $2000 cash!! PC also won an amazing trophy from US tree climbers, and an awesome plaque from AirOne Heating and Air. He also claimed a hair cut from Lakeside Barbers. Congrats man!!
Not far behind him was an impressive young man that goes by Andy Myers. Andy also won the Emerald School of Excellence Big Bass Award. He walked away with almost $1000!!! For 2nd!!! Tim, always cashin Sabella takes home 3rd, and over $500 in cash!
Rounding out the cash spots:
John Ladd4th
Vinny Ferreri 5th
Saturday Mel 6th
Corey Davis 7th
Matt Hawj 8th for a free entry.

Tyler Smith takes home the Yak Bass’n small bass award with a monster 7.75incher worth $205. We also donated $205 to Jackson.
Michael Hearn steals the smallest limit award and gets a chance to recover with some BCAAs from Scivation.

The Pro Image Sports Team event goes home with Zach Clark and Kevin Wilkinson for the 3rd time this year!! Congrats 2nd place team event went home with Buster Swisher and the Commish. One event left and its anyone’s game!

I cannot begin to thank everyone who supports QCKBF, and who helped with the #jacksonstrong raffle. It was so awesome to be a part of such a great event. Thank you TrueSouth Custom Lures for coming out and filming and providing awesome prizes for our anglers. It was cool to have you around at weigh in.

Please post your cashing fish on the QCKBF page.

RAFFLE WINNERS!!!!
David Golding won the Hobie, and a rod.
Robby Sinker, Tina Sonatore-Sinker, won the Crescent Kayaks….but….HE DONATED IT ON THE SPOT TO JACKSON…..WOW!!! 13K AND A KAYAK!!!
Chris Goodwin won the reel.

I will attach photos here and on the page, I need to get them all on my phone.

Our next trail event is presented by Southern Bell “Selling the South” TM Charlotte Realtors on Mountain Island Lake. October 20th. I will post the event ASAP. Only two ramps will be open. Lets go out with a bang!!!